Hyundai recently announced the launch of AR user manuals for their upcoming models. This is a step backwards for Augmented Reality!!!

Augmented Reality (AR) is one of my favorite subjects (“Augmented Reality ante portas…”, “One step closer to our private holodeck?”) and an annual nominee – if not the permanent winner 😉 – for the “Next Big Thing in Technology” award for the last decade!

Hyundai announced on November 10th 2015 that it will be the first mainstream automaker to launch an augmented reality owner’s manual app. You can read the full PR here.

For more information take a look at the following video of the aforementioned owner’s manual app in action below:

Although the tone of the announcement shouts “innovative & pioneering” i couldn’t help but notice the evident irony, for those of us who’ve been following the field of AR, for a good number of years.

The thing is, one of the first documented uses of AR in an industrial environment came out of Boeing back in 1989 and was disseminated as part of the following 1992 paper:

Take a look at the following two images, from the paper, to gain some insight to the forefather of the likes of Google Glass & Microsoft’s Hololens 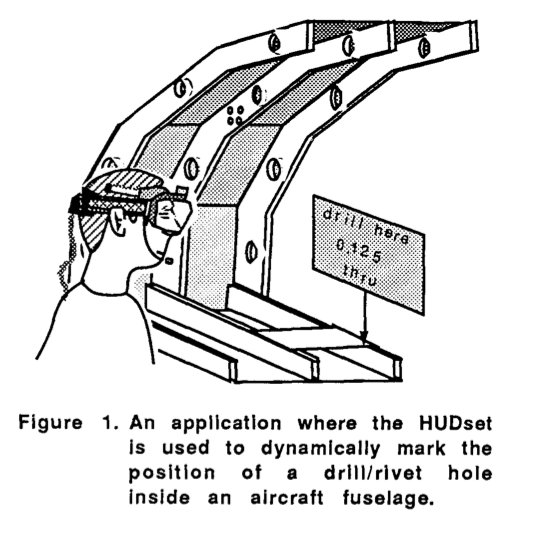 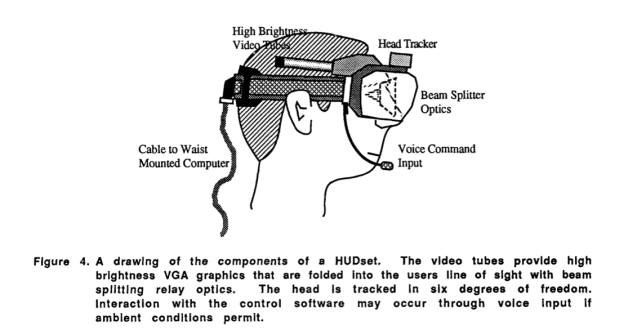 And if you want more information on how Boeing has been using this technology take a look at the following – contemporary – presentation: